​In 1979, Karen and Kevin Clark's first child, Robbie, came into the world, challenged with severe physical and mental disabilities. There was nothing, apart from love that his family could do for him. Fortunately, Robbie, Karen and Kevin were able to become part of the Misericordia family, where Robbie’s special needs could be addressed. Unfortunately, these services were very costly. In trying to develop a unique way of supporting the programs and care needed for their son, the Clarks decided to do something that brought enjoyment to many.  Thus, Volleyball for Charity was founded.

The first year brought 12 teams together and a total of $350.00 was raised. Later that year, when Kevin presented the check to Misericordia, he was astonished by the show of appreciation. Through these efforts he realized that not only Robbie, but the many other “special kids”, along with their families, were in need of this type of recognition and support.

Through the hard work of the Volleyball for Charity committee, corporate sponsors started to donate cash and merchandise to the tournament and post tournament party. In addition, Volleyball for Charity had developed a professional looking advertisement book where friends and local business owners could also show their support to the event by placing an ad or special message.

Our post tournament party has become another fundraising event through the donations of various local and national sponsors whether corporate, individual and/or anonymous. These sponsors have helped us to convey the Volleyball for Charity message to people who enjoy the party each year. Our success would not have been possible without every volleyball player and volunteer of VFC’s day-long event. VFC believes that it takes a T.E.A.M., and that Together Each Achieves More. We also believe that our son Robbie, now one of God‘s angels, is part of that team. 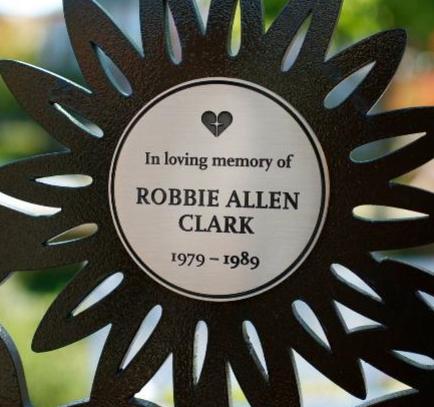 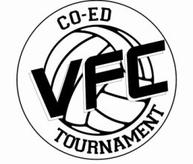